Sanshin-tetsugaku (san = three, tetsugaku = philosophy) is a way of thinking that interprets things in this Universe from three aspects. This perspective is defined by the three “shins,” which dwell in every human being: “shin” 身 (body), “shin” 心 (mind), and “shin” 芯 (feelings of determination and preparedness inscribed onto the tanden: a point in the lower abdomen or “energy center,” also called “dantian”). These three mediums make it possible to draw things in the Universe closer to oneself.

At first, Sanshin-tetsugaku may sound like the anthropic principle (a term used in physics), but it is actually based on the axioms and formulas of the Universe, and reverence for “a higher power” thought to have designed that Universe. Human beings, after all, can only know or influence the world through themselves. This makes it necessary to grasp concepts or ideas by drawing them closer.

Of these three “shin,” the most important concept is芯, which refers to the feelings of determination and preparedness inscribed onto the tanden, which is positioned just below the navel. By gaining clear consciousness of this “芯,” and inflaming the determination and preparedness inscribed there, we can step forward passionately every day, without getting old.

It is important to first grasp things in the Universe objectively through Sansho-tetsugaku, then draw them closer to oneself through Sanshin-tetsugaku, and, finally, boil them into infinite energy. 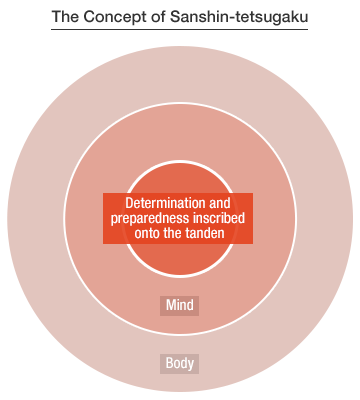 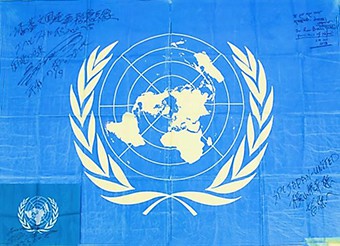